Obstacles and motivations of digitalization :

The digitalization of companies in general is becoming more and more a trend in recent years. In fact, Facebook has generated more than $ 26 billion as revenue in 2016, of which 97% of revenues are from commercials made by businesses.In terms of catering, restaurant’s digitalization  is getting bigger and bigger in the four corners of the world.

On the other hand, regulations and laws in France are obstacles for restaurant owners which  prevent them from developing their business according to 83% of survey respondents.

In other respects, 66% of respondents said they do not have the financial resources to invest in the development of their restaurants’ activities.

The number of social network subscribers is growing in France. This increase presents many opportunities to businesses in a general way including restorations.

But restaurants are still far from taking advantage of social networks. In fact, only 1/3 of restaurants on the digital presents the online ordering service, and 15% offers online booking. This represents an opportunity for restaurant owners  who are thinking of digitalizing their restaurants.

In fact, customer behavior is a factor that encourages digitalization. In 2015, 1 in 5 French people have already made a reservation on the web, and more than a third have consulted the users’ opinions before going to a restaurant.

Based on a well-founded digital strategy, the return on investment is very important regardless of turnover, e-reputation and customer retention and acquisition.

And despite its low cost, some entrepreneurs of SMEs find that this investment is quite important compared to their budget for communication.

And here is the beauty of new technologies!

You do not have to work with an agency so close to you. You can look for the agency that suits you in the four corners of the world.

But for you, we recommend Tunisia for several reasons. In fact, agencies in Tunisia costs you much less expensive compared to agencies in France while maintaining a higher quality of service. The reason for cheaper costs is due first and foremost to the exchange rate of the euro in Tunisian dinars. This gives an advantage to French SMEs at the level of investment.

Apart from the cost, Tunisia also represents an advantage for French SMEs thanks to the cultural similarities between France and Tunisia and also the mastery of the French language.

On the technological front, Tunisia has positioned itself as the next technological hub in the MENA region thanks to the human resources who master the different web development technologies and different digital communication tools.

It is true that the catering sector in France is experiencing great difficulty in terms of developments, but the solutions and opportunities are still present for restaurant owners to develop on the market: The digitalization of restaurants.

And despite the different obstacles  and challenges facing entrepreneurs in this sector, motivations and opportunities are always available to take your restaurant to the next level. 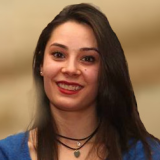 Marketing Coordinator at the ITE DIGITAL agency. Lucky to belong to Generation Y in a world that feeds on digital. I have been interested in digital marketing approaches . And because a business needs to be connected as much as a person, succeeding your digital presence and your web experience is the goal of this blog.